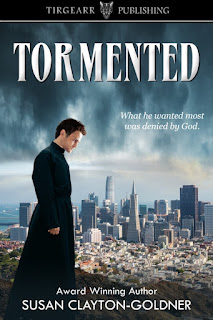 
Father's Anthony's devotion to God and His Church begins to unravel the moment Rita Wittier steps inside St. Catherine’s Cathedral in San Francisco. He struggles to control his feelings, but two years later, he is a man obsessed.


In an attempt to rediscover the priest he intended to become, Anthony flies back to Delaware to visit Father Timothy. If redemption can be found anywhere, surely it can be found in the church of his childhood and in the soothing Irish brogue of his old priest.


The months pass, 60 Minutes does a special on Father Anthony and the Shepherd Academy—a school he started for disadvantaged children. He’s become a national hero—nick-named the Good Shepherd. But he can’t get Rita out of his mind. He wants her more than anything—even God—and can no longer deny it. Six hours after he tells her how he feels, Rita is found dead in her car from an apparent suicide. Or is it murder?


Tormented by thoughts no priest should ever have, Father Anthony rose from his nightly Bible reading and fastened the buttons on his cassock. Behind the dark and rain-streaked window of his ten-by-ten bedroom at the rectory, night closed in on him. He was lonelier than he’d ever been. Anthony prided himself on being a man of principles. But nothing in his world felt principled anymore. It was as if he, the one who knew from boyhood visions he was destined to be a priest, had switched lives with an ordinary man or, worse yet, a lovesick teenager.


It was 8:30 p.m. He didn’t know why he’d agreed to meet her so late. Or, God help him, maybe he did know. There was still time to cancel. He could tell her to come during the day on Wednesday after the regular confessional hours. He hurried down the hallway to his office.


When he flipped on the overhead light, he found her sitting in front of his desk, her head resting in her hands. Dozens of frantic moths flapped their wings inside his chest. He took a step back. He always left the rectory door unlocked when he expected a parishioner to visit. But how long had she been here, and why hadn’t he sensed her presence?


She glanced up at him, her eyes wide, and bluer than any eyes he’d ever seen. “I know I’m early, but it’s urgent. I can’t go another night without…”


He looked away. Seeing her sitting in his office was terrifying and marvelous at the same time. He glanced back again. Her bottom lip was full; the top one thinner, but shaped like a perfect Cupid’s bow. He wondered, not for the first time, what it would be like to kiss her. She wore black slacks and a blue silk blouse that gave her eyes a deep sapphire color like Crater Lake in the sunlight. He wanted to dive into them and never resurface.


“Mrs. Wittier,” he said, unable to form any other words. Even as a boy, he’d been afraid of loving a woman, afraid of the wildness it might release in him.


“Please, call me Rita.” She stared straight at him and her eyes caught a spark of light from the ceiling lamp. “I have to confess tonight, before something awful happens to my daughter.”


The fear in her voice unsettled him. “I’m really sorry,” he said. “But we hold confessions on Wednesday evenings and Saturday afternoons. The sacraments are scheduled by the parish.” He was tempted to add, not by the whims of parishioners, but couldn’t make himself say those harsh words to Rita. She’d attended Mass at St. Catherine’s for nearly two years, but this was the first time she had asked for confession. How could he deny her so sincere a request?


Her face darkened. “This can’t wait, Father. God is going to punish me by hurting my daughter. Connie is only a little girl. What I did wasn’t her fault.”


He pulled a chair in front her and sat, their knees nearly touching. “God doesn’t punish children for their parents’ shortcomings.”


“Losing Connie would be my punishment, not my daughter’s,” she said. “Please, you have to help me. God is already tormenting me with nightmares.”


“Have you considered talking with a psychiatrist?” He knew psychiatrists could be helpful. His social worker took him to see one as a teenager when his divine visions first called him to the priesthood.


She shook her head. “This is between me and God.”


What was he thinking? Rita was his parishioner. She was suffering and needed her priest. But he had to obey the tenth commandment that he not covet his neighbor’s wife. He had to keep his vow to the church and to God. He would do what Hebrews 12:1 directed. He heard Father Timothy O’Brien’s voice, the voice of his childhood priest—the one voice he trusted above all others: “Let us run with perseverance the race marked out for us, fixing our eyes on Jesus.”


He was a priest. The race marked out for him was clearly defined. And he must finish it. “Follow me,” he said. “I’m going to make an exception.” 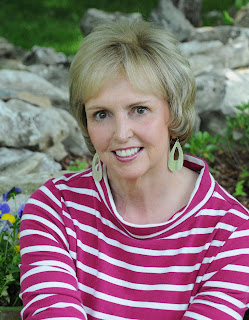 Susan Clayton-Goldner was born in New Castle, Delaware and grew up with four brothers along the banks of the Delaware River. She has been writing poems and short stories since she could hold a pencil and was so in love with writing that she became a creative writing major in college.

Prior to an early retirement which enabled her to write full time, Susan worked as the Director of Corporate Relations for University Medical Center in Tucson, Arizona. It was there she met her husband, Andreas, one of the deans in the University of Arizona's Medical School. About five years after their marriage, they left Tucson to pursue their dreams in 1991--purchasing a 35-acres horse ranch in the Williams Valley in Oregon. They spent a decade there. Andy rode, trained and bred Arabian horses and coached a high school equestrian team, while Susan got serious about her writing career.


Through the writing process, Susan has learned that she must be obsessed with the reinvention of self, of finding a way back to something lost, and the process of forgiveness and redemption. These are the recurrent themes in her work.


After spending 3 years in Nashville, Susan and Andy now share a quiet life in Grants Pass, Oregon, with her growing list of fictional characters, and more books than one person could count. When she isn't writing, Susan enjoys making quilts and stained-glass windows. She says it is a lot like writing--telling stories with fabric and glass.
at May 04, 2018