#BookQW is finger, a peek at #Tirgearrpublishing One Night in Havana

Here I come with #BookQW's word, finger, with an excerpt from my upcoming release, One Night in Havana, scheduled for a release in January 2018 in Tirgearr Publishing's City Night Series. 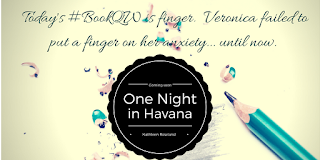 Veronica couldn’t put a finger on her anxiety when she spotted her cruise ship docked with many others in Havana Bay. The giant vessel stood out in dark silhouette. Seagulls shrieked from where they nested on reefs. Like a bird sensing danger, she tensed. Nausea crawled up her throat, and she pressed a fist to her nervous belly. Staring at her cruise ship plunged her into a troubled state. Throughout the busy week her thoughts about the goings-on remained nebulous.  Vague fears were swallowed up and forgotten. Until this moment, facing departure tomorrow night, she hadn’t fully processed what she’d seen onboard. She’d looked the other way when young women had padded the bras of their bikinis with white chalky powder in packets and brown powder in toy balloons. Who would she tell anyway, the Cuban military police? She hoped to heck no one put anything in her luggage. How would a drug bust work out in a communist country? 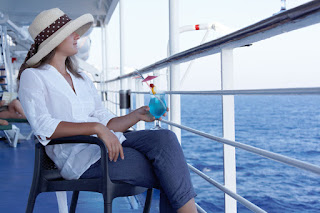