#Tirgearr Celebrating St Patty's Day? Here are some traits of the #Irish personality

Here are some of #Irish and #IrishAmerican personality traits that go beyond the red-headed gene.  About 33.3 million Americans, 10.5% of the total population, report full or partial ancestry from the Republic of Ireland and Northern Ireland.  I am one of those partially Irish people and proud to be writing an Irish American romantic suspense series with #Tirgearr Publishing in Ireland, The Donahue Cousins Novels. 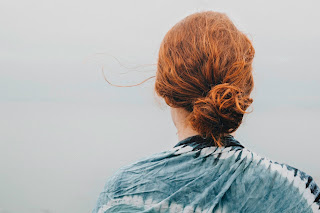 Passionate—standing up for what they believe it. Taking action to right wrongs. Warmth, kindness. Loud, boisterous, and boastful behaviors are discouraged. Unacquainted people look directly at each other in public spaces, and often say "hello" in greeting. Outside of formal introductions greetings are often vocal and are not accompanied by a handshake or kiss. Individuals maintain a public personal space around themselves; public touching is rare. Generosity and reciprocity are key values in social exchange, especially in the ritualized forms of group drinking in pubs

Fun—looking at the bright side of life. Dry-wit storytelling. Alongside folktales and legends, all these stories, told around the firesides at night, formed the backbone of entertainment and imagination in Ireland for many millennia.

Creative—thinking outside the traditional box.  Catholicism is practiced about as much in Ireland as it is in France. In Ireland For the first time, the country had a vigorous debate about abortion and began teaching sex education in schools. At the same time, several long-hidden scandals began to emerge. But the biggest seismic jolt came over the last decade, when the priestly sex-abuse scandal horrified the entire country.