#amwriting #Tirgearrpublishing Are flawed #heroines in vogue these days or not?

Are unlikable heroines are in vogue? We might wonder with the huge success of THE GIRL ON THE TRAIN, an alcoholic, but remember her good and pure intentions.  The lean female character in GONE GIRL was an evil antagonist, not a heroine.  These two books do not fall into the Happily Ever After genre. 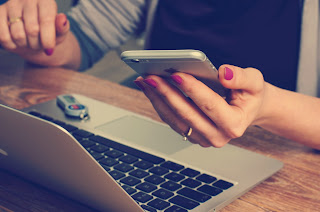 As a writer of romantic suspense, my heroine wants the dashing hero, usually some kind of alpha protector. She must stand up to the hero and must have backbone.
Amy Kintyre in Deadly Alliance works for Finn Donahue, but this job is a stepping stone while she gets her sportswear design business back on track.  Reviewer Diane Schwarz had this to say about Amy:
Along comes Amy Kintyre, the late partner's girlfriend who applies for an open book keeping job. All she wants is a fresh start, but Finn suspects she has information about the missing money. She witnesses a fight between terrorists and the Irish gang, and Finn protects her. Amy finds him difficult. He makes her mad, makes her cry, but has this soothing voice... Okay, you get it. They're attracted. Big time, but what kind of alliance can these people possible have? The plot is seamless and amazing. I loved the writing.
Tori Rourke in Unholy Alliance searches for her missing cousin in spite of Grady warning her against it. This is a new release, and here is what reviewer Vikki Vaught wrote about Tori:


Tori’s character has an interesting story. I can’t imagine spending ten years in prison for a crime I did not commit. What amazed me, is that she is not a cynical character. She gained my empathy from the beginning. Her only concern upon her release is finding her cousin. Her loyalty to Vivienne is actually astonishing. There are several heart-warming scenes between her, the hero and his son that only made me like her even more.
Readers want the heroine to be strong enough to handle him even if he does something crushing.  She’s feisty with inner strength and at times might be his worst nightmare. That’s because he is falling for her but can’t control her actions. While strong and self-respecting, she must be kind and must complement rather than overwhelm.
Let’s discuss her flaws because readers like real people.  Is she driven by work or afraid to commit in spite of the wonderful intimacy she and the hero share?  Or has she been abused in the past and afraid of sex?  Heroines react against turmoil, suffer inside, and experience self-doubt.  The strong hero will reject, act like a jerk, but ends up caring. A deeply flawed heroine needs to be paired with a patient hero.  A raw heroine is a greater challenge to write than a deeply flawed hero—she can’t be selfish.  Readers won’t identify with her.  Yes, this double standard exists!


Remember that the relationship between the heroine and hero is at the heart of your book.  He won’t want a too-stupid-to-live heroine who tosses out common sense and does dumb stuff to move the plot.  Flaws are fine, but she needs to work at overcoming them.
at March 31, 2017