Welcome to my blog, Devon McKay !  Can you tell us about your romantic travel idea?


My romantic getaway would be Alaska. I lived there for 27 years and have yet to find a more beautiful place, which is one of the reasons I wrote Staking A Claim. 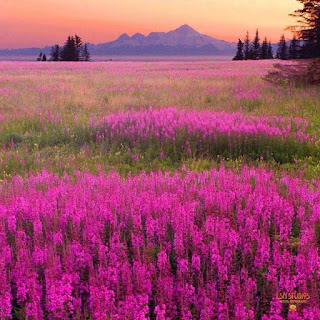 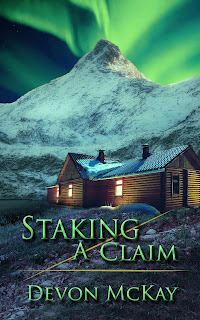 
Devon McKay writes contemporary romance with a western flair. If she's not writing, she's busy with chores on her small ranch, working on a stained glass project or walking one of her three dogs through the woods. Her greatest joy is putting a smile on a readers face and hearing from fans.


For most people, seeing Alaska is a dream come true. For Miami Beach resident, Samantha Held, it is merely a job assignment. Creating an advertisement for vacationing in the state gets her one step closer to achieving her career goal—partnership in Kolinsky’s Advertisement Agency.


Blake Langford is not willing to accept any exploitation of his beloved state, no matter how desirable the striking, southern blonde bombshell with fiery green eyes is, and he’s determined to sabotage Sam’s goal in every way. Falling in love with the enemy, however, was never part of the plan.


Fuming, Sam held his gaze as she considered his offer. She couldn’t have asked for a better opportunity to be dropped into her lap. She could learn everything she needed to know about Alaska and have a handsome, but overly protective, guide of the state to show her. Not to mention what his knowledge could do for the brochure.


It would also mean more time in his temperamental company.


Sam considered her options. She had gotten lucky finding Carlton Landing, but what about locating her elusive hotel? As proven last night, it was more than evident she couldn’t even read a map correctly. So, what real choice did she have?


She pictured her new office…the view of the ocean…the partnership. She was willing to take the chance. Besides, she’d never been the kind of girl who shied away from a challenge. Hell, so far, her life had been a series of challenges.


“It’s a deal.” Her voice came off cool and professional despite the quickening of her heartbeat. She offered her hand to shake on the agreement. “We haven’t officially met. Samantha Held. I go by Sam.”


“Blake Langford.” He extended his, grasping her hand and repeating the name she already knew by heart. He held onto her grasp for a minute longer than necessary. “I go by Wolf.”


Again, the breathtaking grin resurfaced, and an odd pulsation spiked through Sam, leaving her insides quivering like a bowl of gelatin as she second guessed her decision.


What kind of fool makes a deal with a man called Wolf?