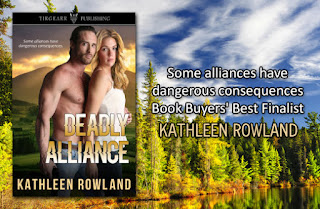 Finn Donahue’s break at Burlie’s Jazz Club was about to end. Familiar lyrics from the sultry tune floated through his mind long after the saxophonist stopped playing. Hold on like leaves and fall to what is left. Like the song, Autumn Leaves, he spiraled downward, failed to identify the chicken shit stealing his company’s cash. For three damn years, ten percent of the monthly deposits were sucked into a mysterious thief’s cash cow.


The crowd wandered out. Time for him to return to gloom and doom. He pressed a hand over his throbbing forehead with enough force to leave marks.  Had the thief hired a colleague? The colleague was not a car-stealing, knee-smashing, fire-setting knucklehead.  His mouth went dry at the fuck’s covert method and zest for cheating him. He’d question his snake of a partner, Les Kelly, if he weren’t already dead.


Across the room, a female patron gathered her belongings. As her ankle boots tapped toward him, a pair of shapely legs came into view.


His head snapped up.  Amy Kintyre, the late Les’s girlfriend, in the running for his bookkeeping job, spotted him.


“Finn.” She swerved his way. “What a coincidence!” This chick lacked a pick-me-up line.


She tilted her head to one side, studying the expression on his face. “Are we still on for nine?” She spoke with an annoying squeak.


“We are.” He watched her lips form a tight smile as she fumbled with her little purse. Turning away, she headed for the pink-windowed door to the ladies’ room.


His stomach did a quick, discomforting twist at the thought of working with Les’s former girlfriend. As time went on, karma between the partners slipped. Les held back. Enigmatic people had motive to protect inconsistencies. He assumed Amy hid a few. He sighed and gazed blankly around the club.


Pendant lights offered a fuzzy softness except for the bar. Behind it, opaque glass shelves were lit with violet light. The warm personality of the owner gave the establishment a comfortable feel. Burlie was closing up. With more oil to burn at his office, he stood to cross the mosaic tile dance floor.


Finn stepped closer. Drunken merrymakers, they were not. His heart hammered like it was stuck in overdrive.


“We offer protection.” Speaking with a Spanish accent, the shortest of the trio dressed like the others, and donned the ISIS-style  black ski mask.


“I have protection.” Burlie’s big mouth nailed his coffin.


A second thug grabbed the bartender’s hand and pulled out clippers. “You’ll change your mind, one finger at a time.”


“I just paid the Irish.” Panic burrowed into Burlie’s high-pitched cry. He thrashed his arms as he tried to pull his hand back.


“Us you pay.”  His utterance with the object in the first position identified him as an Arab speaker.  Light glinted off shiny metal.  The thug pulled a combat knife, grabbed Burlie’s arms, spun him, put the blade to his neck. Finn dialed 911 and then shouted, “Finn Donahue here. Gang trouble. Burlie’s Jazz Club.”  To grab their attention even more, he heaved in a breath and released a long whistle. His distraction worked.


Burlie broke from the hold, and Finn thanked God for the curious.


“Where are you?” Heavy boots pounded toward him.


Finn’s phone vibrated, but he killed the call and darted into the first door he saw, the one with the frosted pink window. He spotted Amy at the sink and pointed his index finger up.


He took off his coat and wrapped it around his fist. After rapping on the glass, he wound up and threw a hard punch through the window. Glass splintered as he connected with the thug’s nose. Prepared to jump aside, he opened the door.


Amy followed and jumped over the guy spread on the floor, holding a hand over his bleeding nose.


He struggled to stand. Finn patted him down, took his gun, and pointed it at him. After the guy stood, Finn walked him to a chair. “Don’t move.”


“I’ll phone the police.” A high-pitched squeal came from the back of her throat. “Never mind. Police are here.”


From the street, the blue light of a cop car radiated across the club’s interior like a strobe. Uniforms burst through the door.


The first officer made radio contact with homicide, and the second, much younger, rushed to the nearest thug and pulled out flex-cuffs.


“Stand over there, Amy.” Finn motioned toward a corner.


She rolled her eyes and dashed toward Burlie who wrestled with the Arab and tried to keep him from moving toward the young rookie. Amy pulled an item from her purse. A Swiss army knife? Out came a miniature cork screw.


The rookie cop turned the Arab around to be handcuffed and leaned him against a wall. The thug used the hard surface as leverage to throw himself against him.


Finn saw it coming. A switchblade sprung from the Arab’s sleeve. In a split second, he drove it into the cop’s shoulder, but Amy stabbed him in the back with the wine opener.


The Arab spun and pulled a knife from his jeans’ pocket. Amy dodged, but he thrust it into a cop’s gut before running.


Finn waited for an opening and shot him in the hip.


Howling about uncivilized barbarians, he dropped.


Up from his chair, the loser with the broken nose swung his fists, raining blows and a kick to the nuts which Finn deflected.


“Don’t make me shoot you.” Finn stunned him with a chop to the neck, caught him in a headlock. With a gun at his back, he marched him forward.


Amy broke into the center of the room and turned around, taking in the menacing scene. The girl-next-door had street smarts, competency with the corkscrew, and fearless determination.


He walked over and touched her weapon-holding hand. “You didn’t have pocket-knife experience on your resume.” It didn’t make her invincible. Nor did it mean he should hire her.


She shook her head. “Never used it this way. It’s handy when hiking She looked at her pocket knife, folded and stuffed it in her pocket.  Her eyes blinked in frenzy in spite of her bravery.


Fifteen minutes later, with the injured cops heading to Bear Valley Hospital and three unfriendlies loaded into the sheriff’s prisoner-transport vehicle, Burlie signed a complaint and then gushed over Finn and Amy. “You’re good people.” After saying it several times, he asked Finn to serve as his third-party witness and then turned to Amy. “My Lord, Amy. You came to my side. Thank you.”


When Burlie handed her a gift card, she accepted it with a smile. “I saw a lot. If you need a second witness, I can run through all of it.”


“If you’re willing, yes.” His voice was tight.


She offered him a reassuring smile. “Of course, Burlie. The idea of mobsters coming in and offering protection? This makes me mad.”


Sheriff Byron McGill stood in the center of their ring. “The Irish mob has their fingers in rentals, not to mention the Harp Hotel. Burlie, I’m glad you’ll stand up.”


Finn said, “This is new, Byron. I heard them talking. Spanish and Arabs   are partnering up.”


“They exist for mutual, financial benefit. Together, they’re pushing the Irish.” Finn placed a hand on Burlie’s shoulder.


The older man sighed, dragged his palms down his face. “I was damn scared.”


“An Irish mobster visited the Arrowbear Café earlier.  The owner didn’t want to report it.” Amy sucked in a hard breath and turned to go.


Adrenaline spiraled through Finn’s system, leaving him jittery and pumped to high-alert; this was gangland in his backyard, not Iraq. He turned to the sheriff. “What’s your strategy, McGill?”


“We’ll pull out the stops.” McGill raised a brow. “Keep me posted, will you? We’ll arrest these motherfuckers when they come within yards of your business.”


“Yeah, yeah.” Burlie was not convinced. “If you harass them, they lash out on us.”


“Take the initiative. We’ll combat this together.” Sheriff McGill headed out.